Top
You are here: Home / Art & Culture / Picasso and Rivera 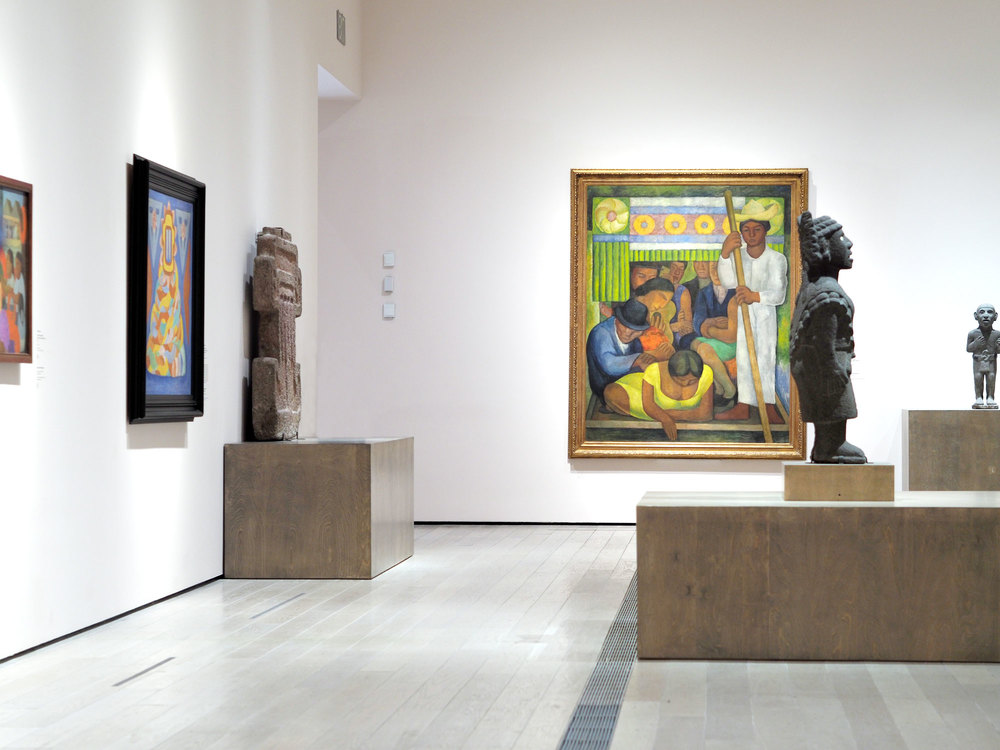 There’s no argument that Diego Rivera and Pablo Picasso are two of the most prolific artists of the 20th century. The Los Angeles County Museum of Art and Museo del Palacio de Bellas Artes in Mexico City have joined forces to present Picasso and Rivera: Conversations Across Time, an exhibition that examines the journey of both artists and the formation of modernism in Europe and Latin America.

Picasso and Rivera: Conversations Across Time

When you think about it, there are lot of similarities between the two. Larger than life personalities, an insatiable appetite for love affairs, similar academic training in Europe, a chapter in life dedicated to Cubism, and a strong interest in antiquities that later impacted their work. 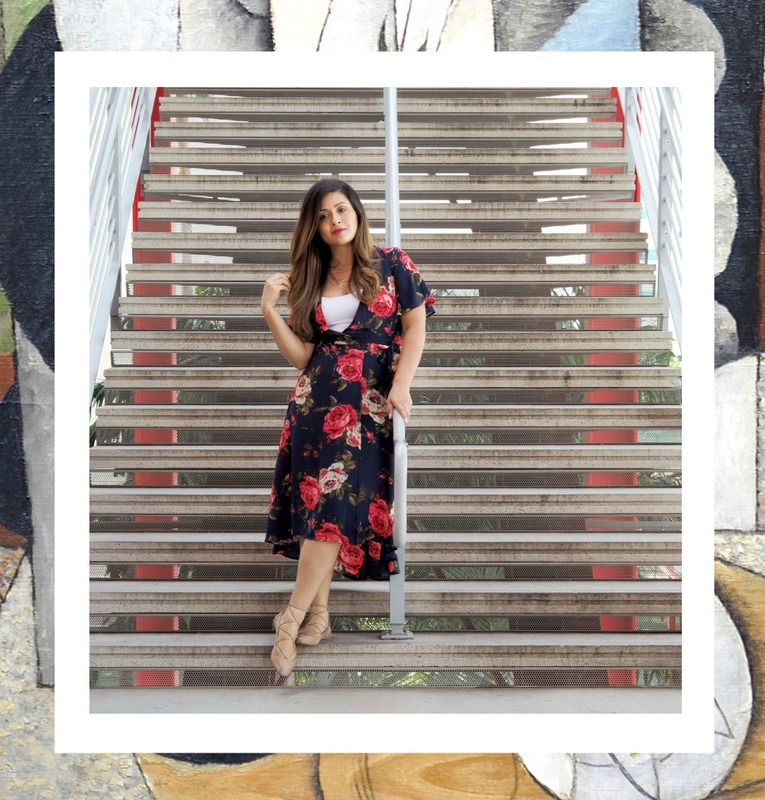 As you know, I go to art shows several times a month. Not just because I spent much of my adult life working in the museum field, but because I strongly feel they are great places to exchange new ideas with friends or your loved ones. There is no substitution for seeing a show in person, and looking up close at the artist’s brush strokes. For many (like me), art is a form of meditation, it encourages (sometimes forces) emotional intelligence and it offers a sense community (I love surrounding myself with people who are interested in the arts as well). Plus, it gives you insight into the world around you in a deeper way.

Picasso and Rivera: Conversations Across Time features more than 100 paintings and prints by both artists along with dozens of Greco-Roman, Iberian, and Aztec objects that fully illustrate the connection to antiquities in their work. In fact, much of my studies in modern art was spent discovering that most of modern art inspiration came from ancient civilizations, and it was fascinating to see how artists like Rivera and Picasso both knew how to paint like the old masters, but later chose not to. 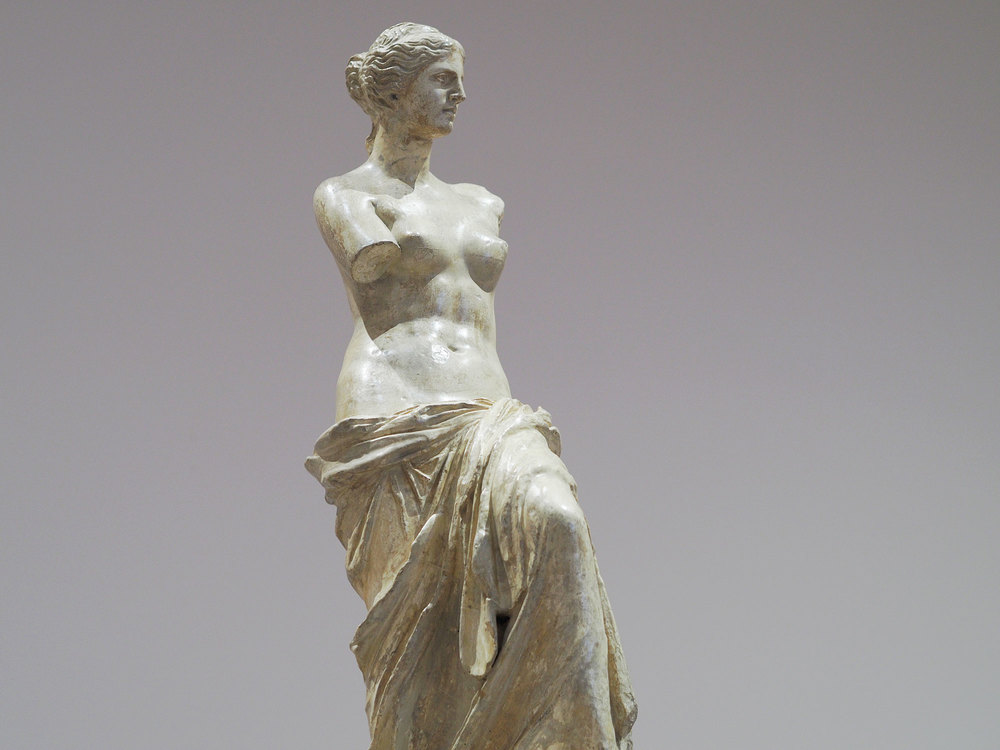 If you get a chance to view the exhibition, you will find that it is set up to take you on a journey from the beginning to the end and back to the beginning (with a twist). As you go full circle, you will experience how both artists did their own 360 as well.

The first gallery illustrates the story of two young talented men, who pursued a life in the arts. And when you make the decision to study the arts, the first stop is almost always Greco-Roman art. These sculptures are used to teach the basic elements of drawing and painting – anatomy, fabrics, and so on. This is where many artists develop their skills to hopefully one day become a master in their own right. It’s amazing to take a peek into Picasso and Rivera’s developing portfolios before they took over the world with their views on relationships, politics, culture and society. 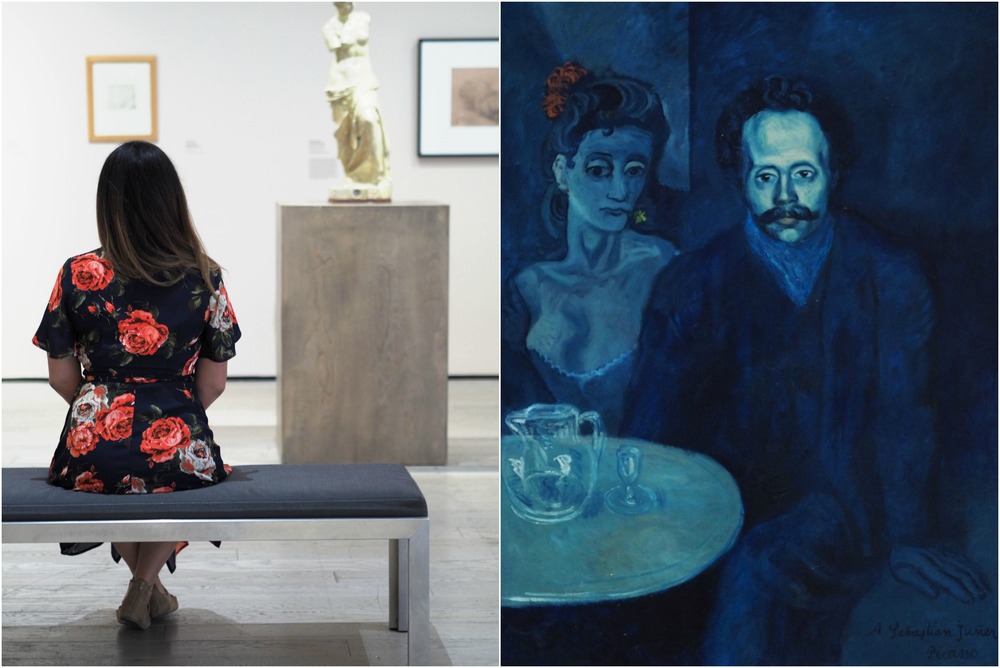 The second gallery surprised me a bit. Here’s where we get a glimpse of the cubism era, and I have to admit, I was not too familiar with Rivera’s work during this time. As far as I knew, the order was Cezanne -> Braque -> Picasso, and that Russian artists like Popova were at the head of this movement. I never included Rivera into this dialogue so I found the discovery to be fascinating, especially seeing how much Picasso inspired his work and vice-versa.

Both artists, at this time, were going against the traditional rules of representation in art, and were determined to find their voice. 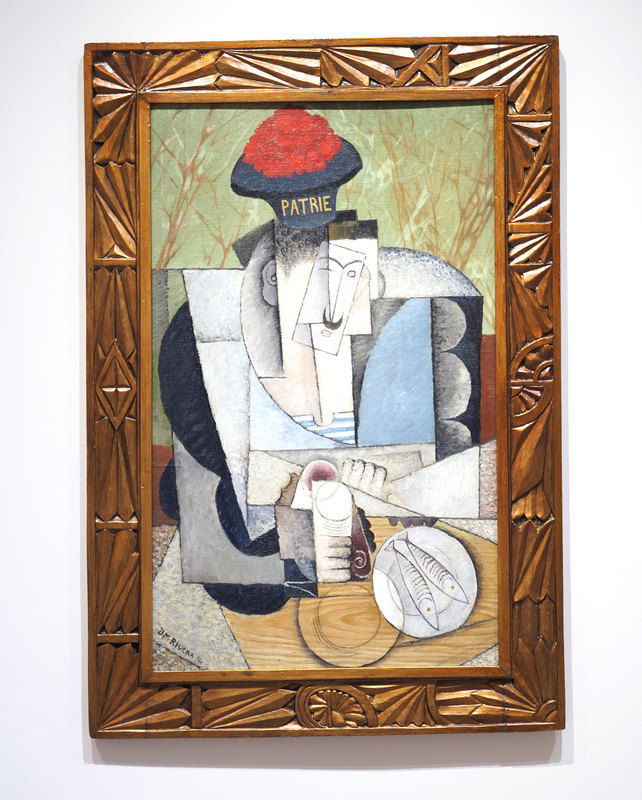 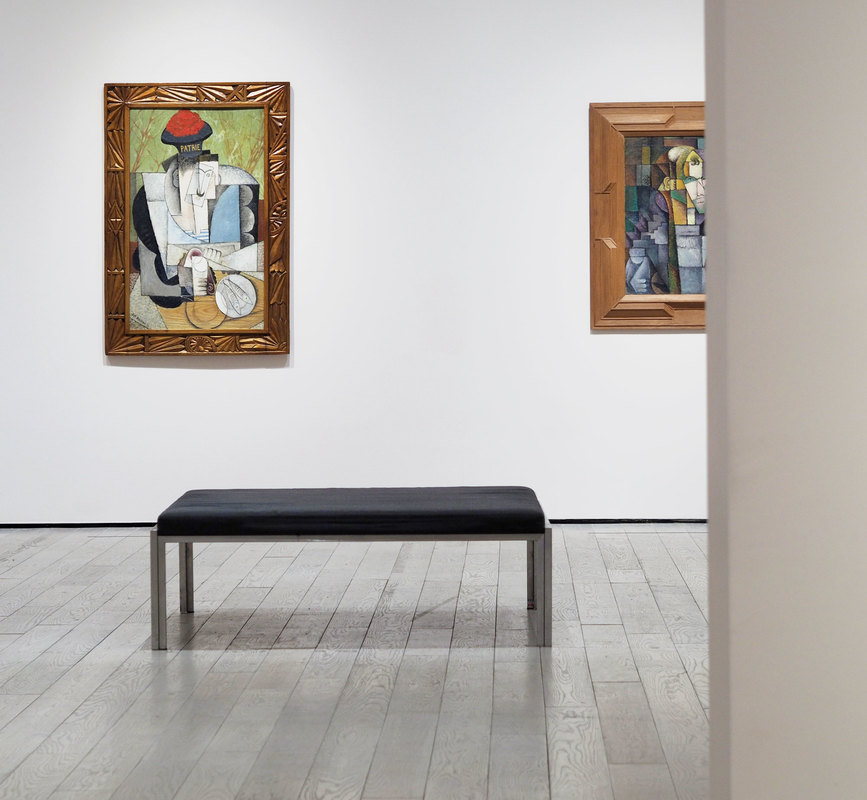 The third gallery takes you out of cubism and into post WWI. The devastation inspired a new interest in classicism, and started to do away with the emergence of the avant-garde. Stability and order was now at the forefront of dialogue, and that included the arts. No different than what happens today. The pendulum swings back and forth from tradition to modernity over and over again, and it impacts everything around us from music, books and television shows.

Picasso and Rivera embraced this change, and used it to form their own version and ideas of history in modern times. Their subjects would become classic, monumental and strong. However, Picasso focused more on ancient Iberian and Greco-Roman forms while Rivera returned to his Mexican roots focusing more on indigenismo (a political ideology that addresses the disparities between the elite and Indigenous). 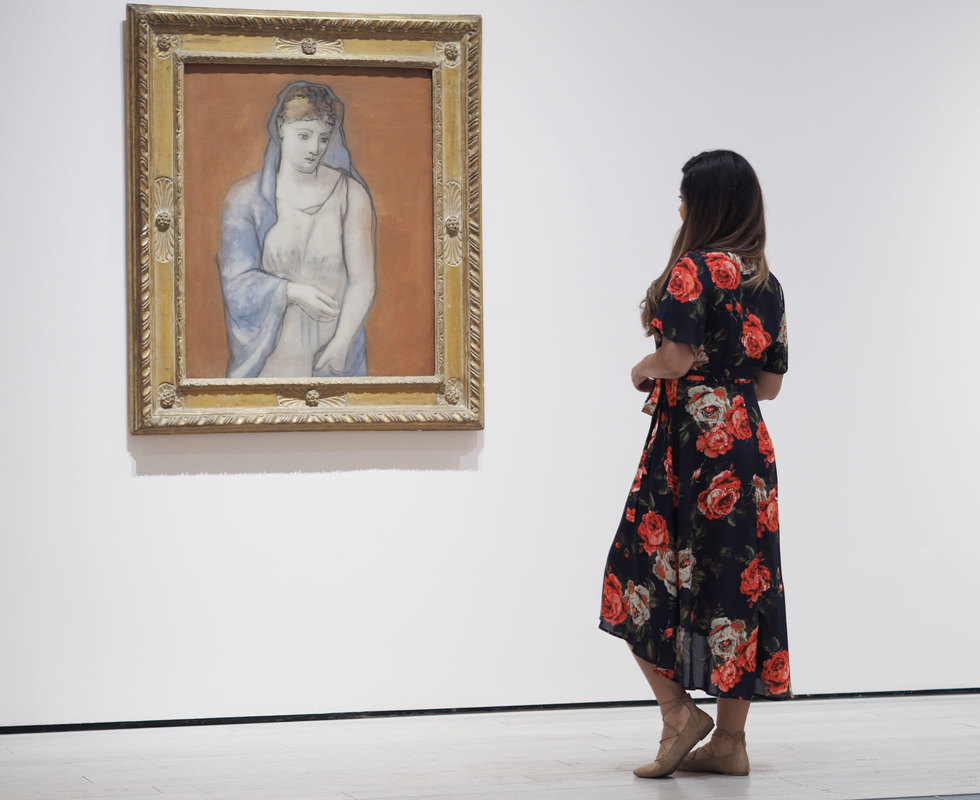 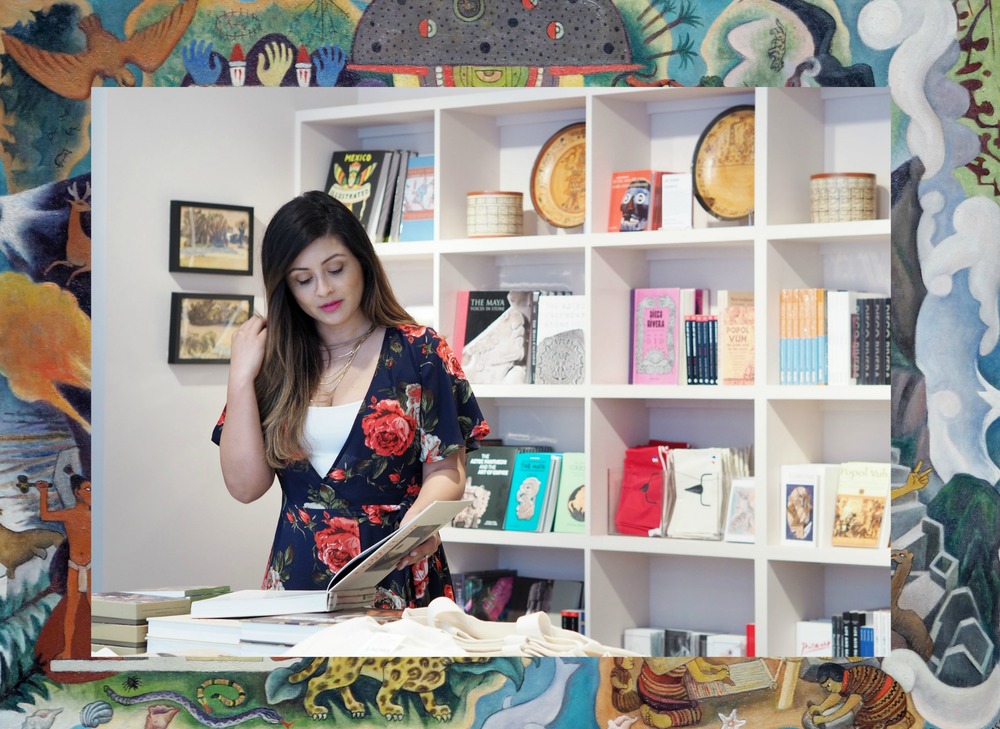 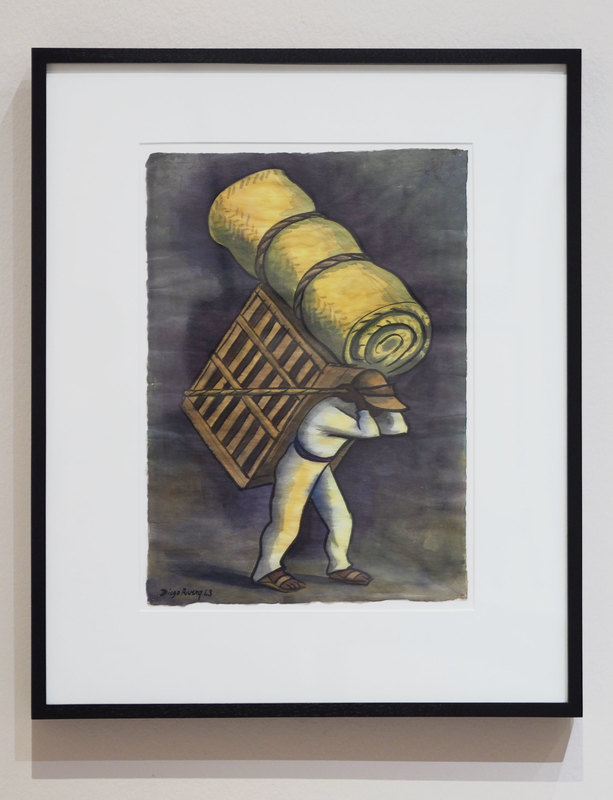 Galleries four and five dive into Rivera’s fascination with Mesoamerican art. In fact, it was his work that inspired me to take a few classes in grad school. My obsession with codices was real, my friends. I wanted to understand the language and how these civilizations communicated. The detail is just extraordinary, and I completely understand why Rivera ended up amassing a collection of nearly sixty thousand Pre-Columbian ceramics and sculptures. 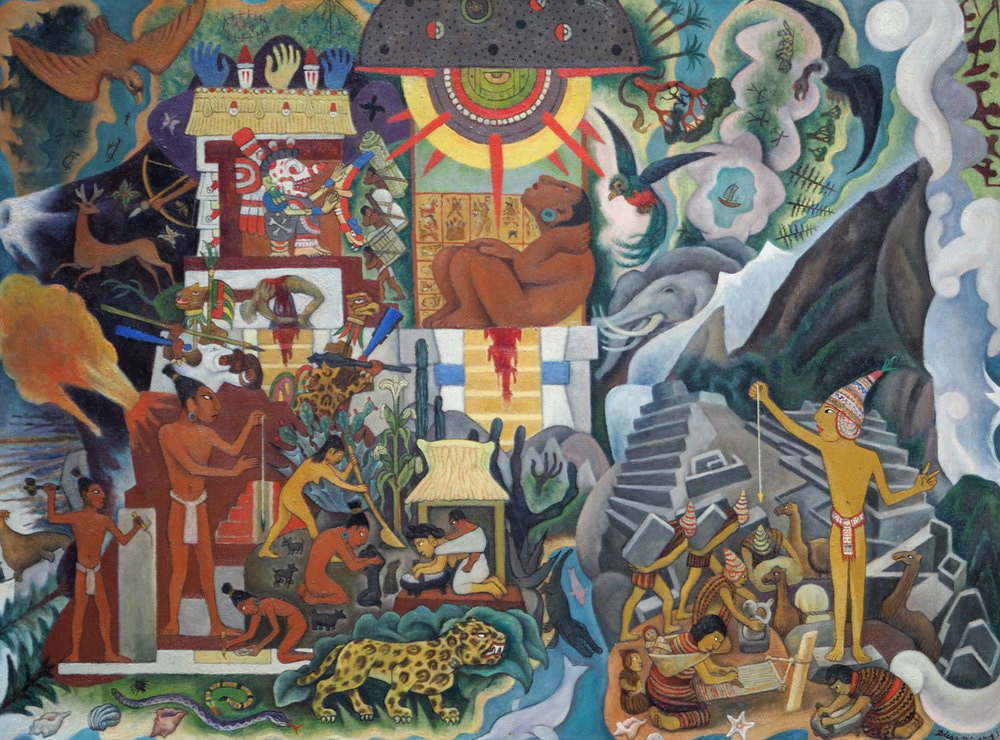 Picasso continued to have a complex relationship with classism exploring topics of love, destruction and creation. Through the exploration of myth and dreams, he increasingly became fascinated with human nature. His subjects were statuesque almost appearing as though they were sculpted. 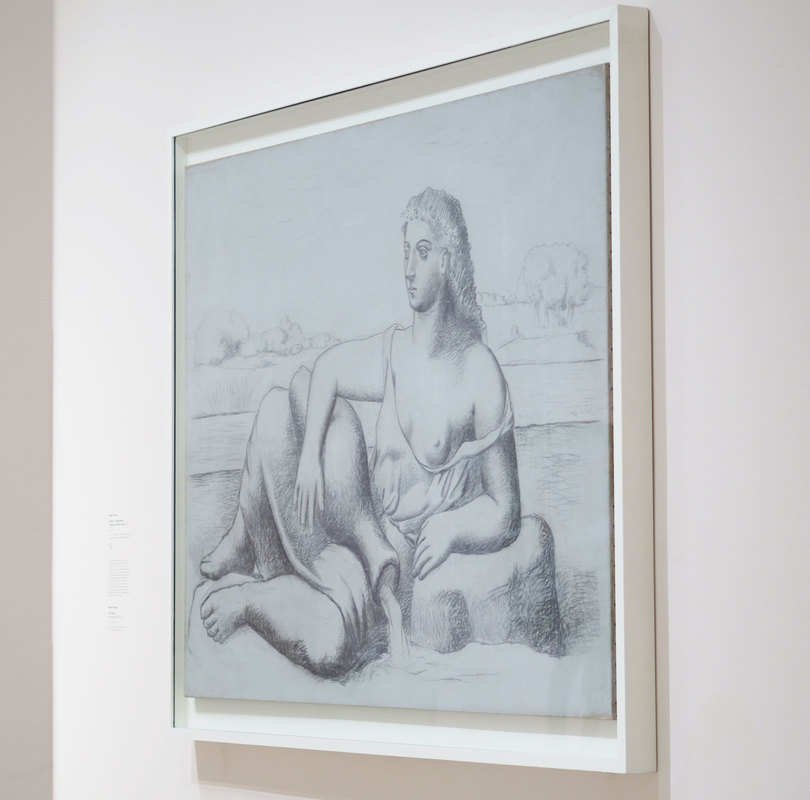 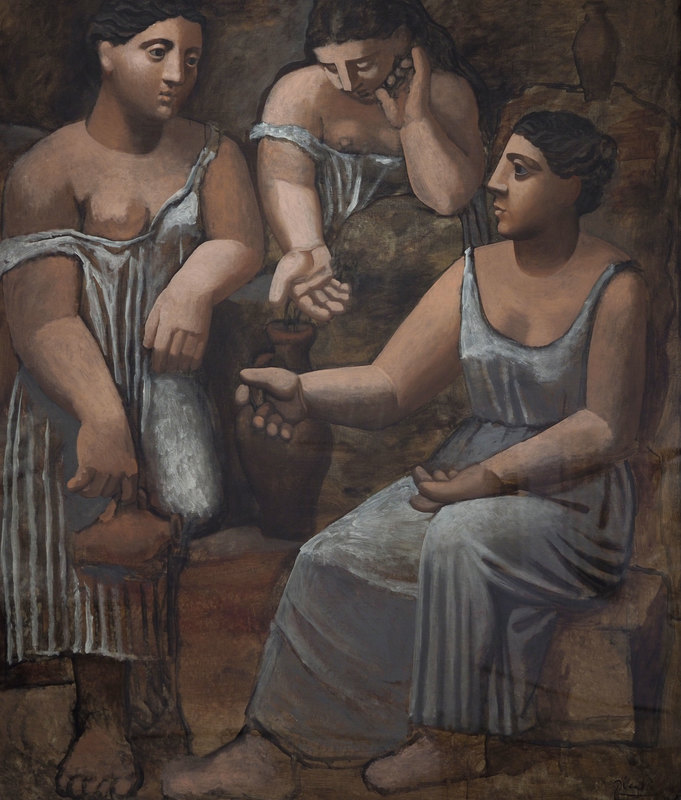 As time went on, the artists’ work became more complex and inspired by their cultural influences and political perspectives. The last gallery sums up the exhibition with Picasso’s Guernica and an overview of Rivera’s Pan American Unity. Both works beautifully illustrate the powerful destination of this rich journey that started as two children from different parts of the world with a passion for art.

If you live in the LA area or plan to visit, you have to stop by and take in this exhibition. It goes beyond what many know about the artists. I promise it will give you a fresh take on their contributions to the art world and modern history.

Picasso and Rivera: Conversations Across Time is on view at the LACMA until May 7, 2017.

This is a sponsored conversation written by me on behalf of LACMA. The opinions and text are all mine.

Oh. Hello, weekend. I see you.

Today is #loveyourpetday. This is Posie. It’s sh

A couple of years ago, I met my favorite architect

"Being able to walk pain-free is a blessing. Being